cannot appreciate the fraternity of racing. We are competitive to a fault but at the same time, there is a deep love for one another, no matter what class you are running in. We all take pride in saying, “Stop by my trailer, I have that and you’re welcome to it”! I am always inspired by the generosity of my fellow competitors.” 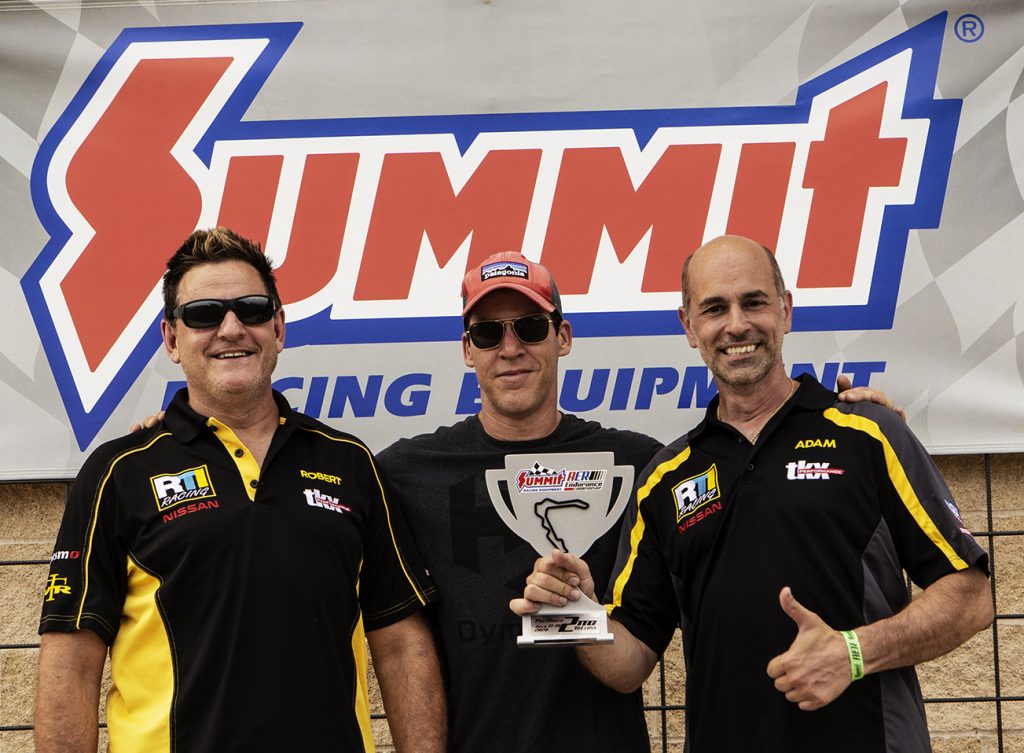 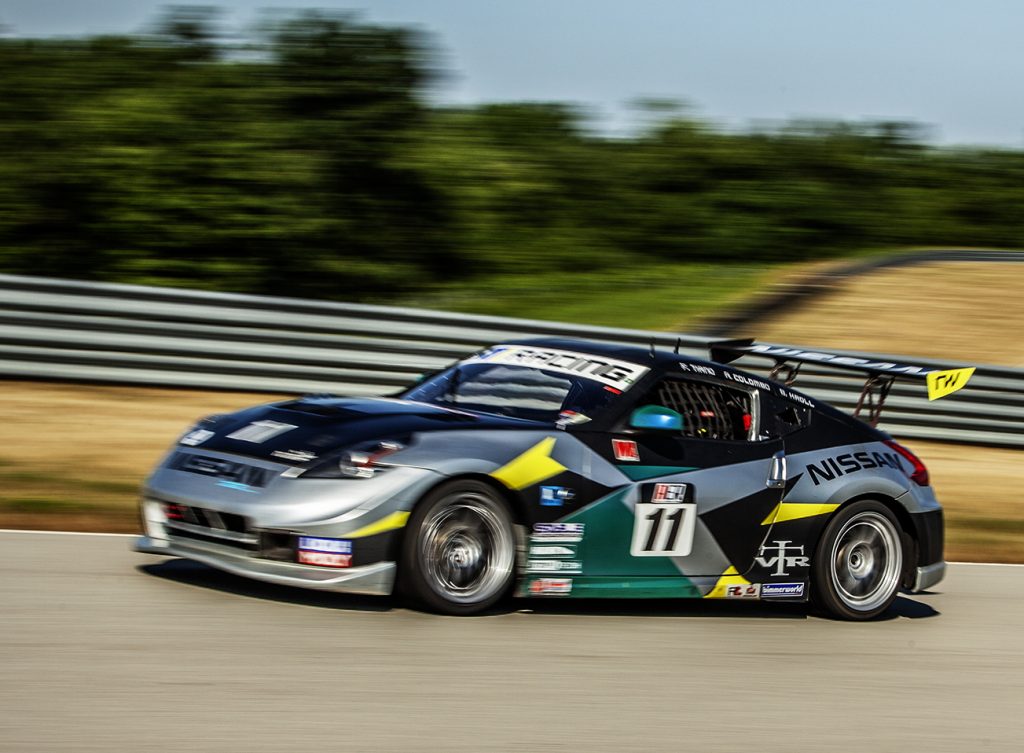 RTI went to Pittsburgh International Race Course with just three drivers and no mechanic but the little Z that could kept our spirits high. We took to the track with zeal and ran strong, reaching P1 for a substantial period of time before a failing fuel pump starved the engine. Despite dropping out of the race with 31 minutes still to go, we finished fourth. Undeterred, we sent a driver to Ohio to pick up a fuel pump at Summit Racing after-hours where the store manager was waiting in the parking lot thanks to a phone call from the AER president. The team worked late to install the fuel pump and prep the car for day two of racing. After a faulty start put us two laps down, we charged ahead relentlessly. We lost fifth gear halfway through the race but didn’t care about that either. Elated and exhausted, we took the checkers P2 in class and P6 overall

Thanks to the gargantuan effort on the part of Adam Colombo and Frank Tiano, we were able to get the requisite part and get it in the car. On Sunday, we pushed the little “Z” car (the ONLY one in the field may I add) to a P2 finish. We turned many heads and got many accolades from our fellow teams and drivers. The little “Z” that could is starting to kick a bit of ass and take a name or two along the way.

Big thanks to all the support from Summit Racing and the boys that drove and wrenched with the best of ‘em! 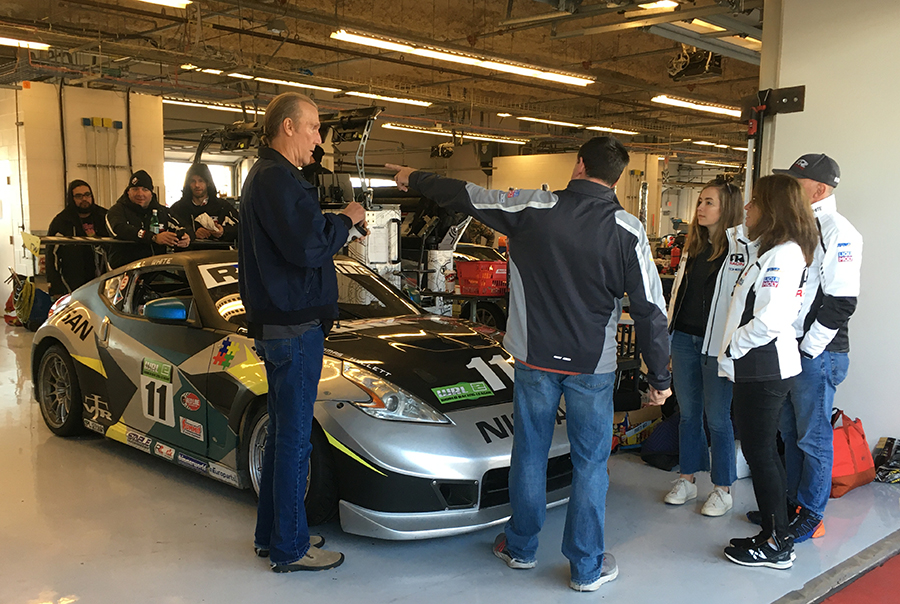 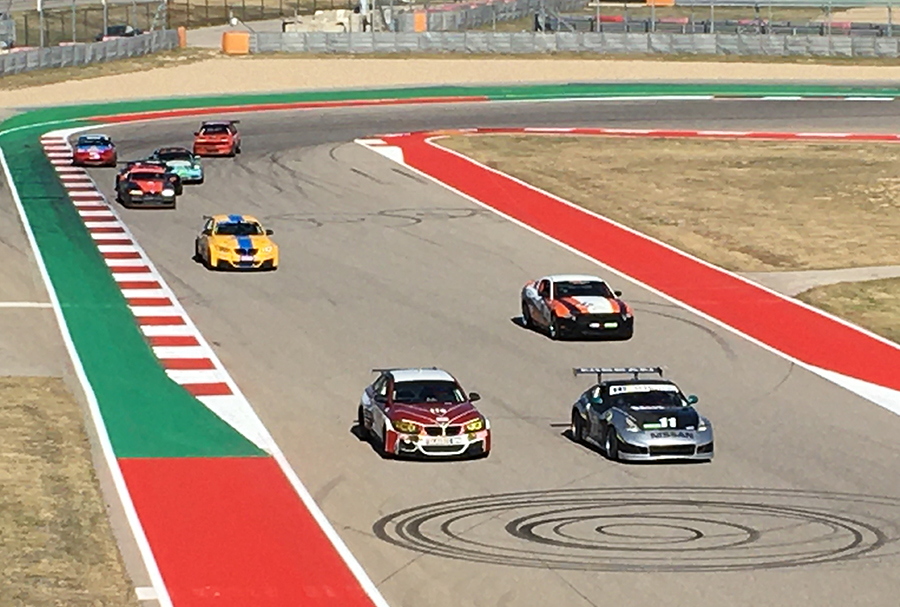 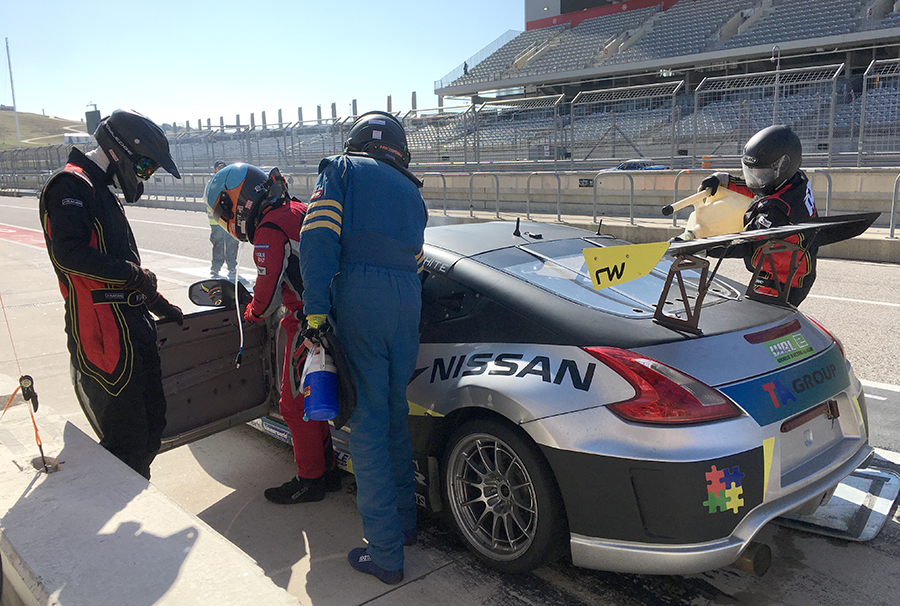 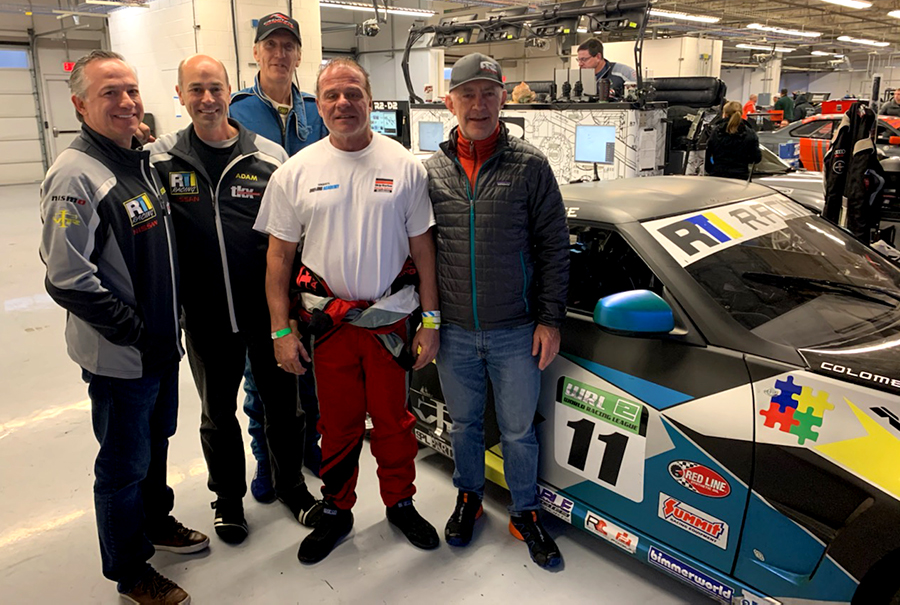 RTI’s first trip to the storied Circuit of the Americas was nothing short of amazing. We entered the race hosted by the World Racing League eager to run the track of the US Grand Prix. With a field of 88 cars, the competition for the USEC Championship Race was fierce. No one seemed to know what to expect from the Z and after we finished fourth in GP2, we got protested! The car was impounded and had to undergo a trackside dyno test to verify that we were running the horsepower we claimed for classing. We passed the dyno test with ease and look forward to returning to a podium finish in 2020. 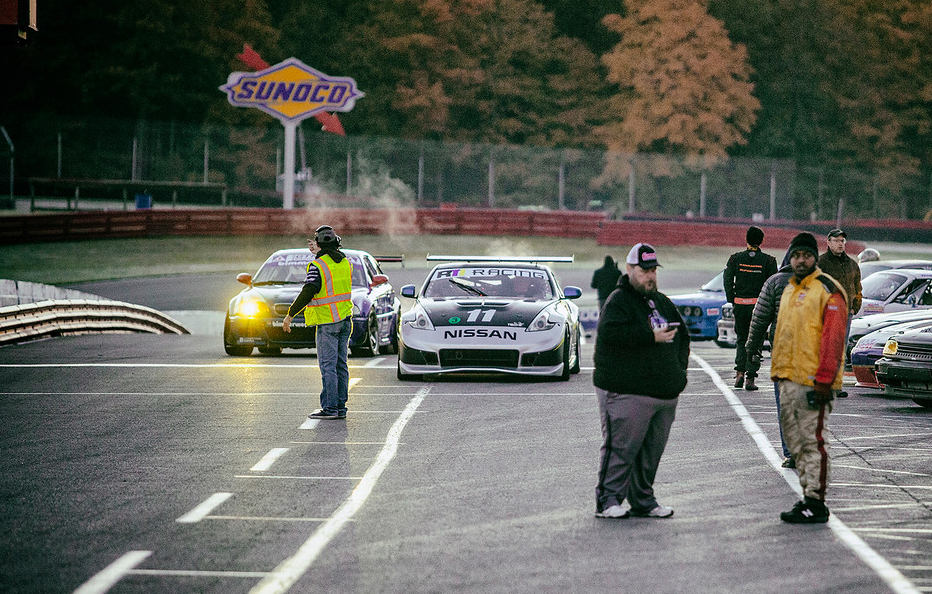 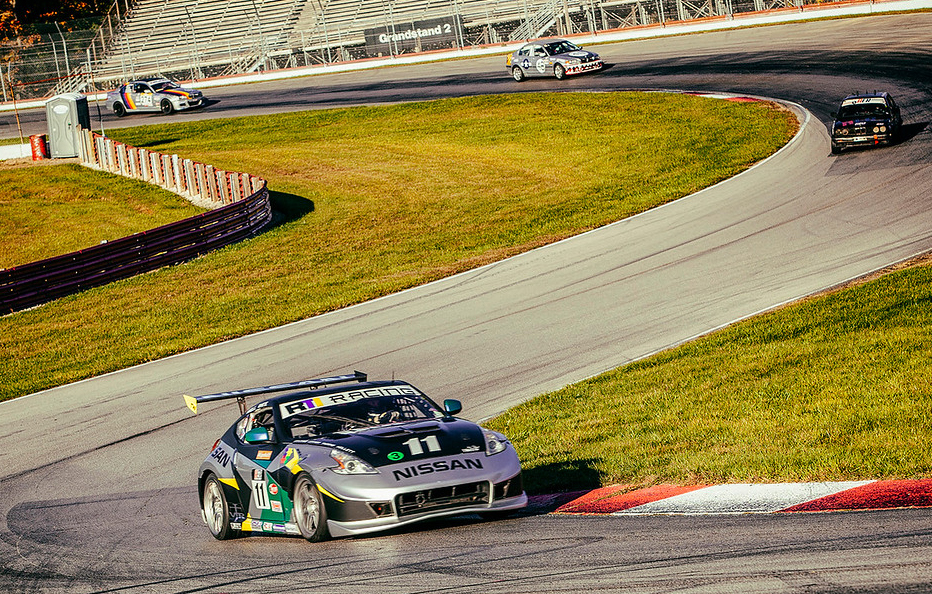 The RTI team reached a new level of obsession for racing at Mid-Ohio. During the first day of racing we developed a power problem. As we sorted out what the problem could be, AR Racing loaned us mechanics to work on the car but we ran into parts problems being in the middle of nowhere on a weekend. There was a turning point when the team realized that one of the drivers had a compatible engine in his Infiniti G37. As the two cars were lined up side-by-side, the moment became surreal. We swapped throttle pedals, throttle bodies and intakes, testing the car on track each time. In the end, the Z engine was stressed by overrevs but the Infiniti went home intact – with some race parts still in it!

Leaving from the greater NYC area to all AER events. We meet you on the road and get your car to the action, so you can fly or drive to the track worry-free. 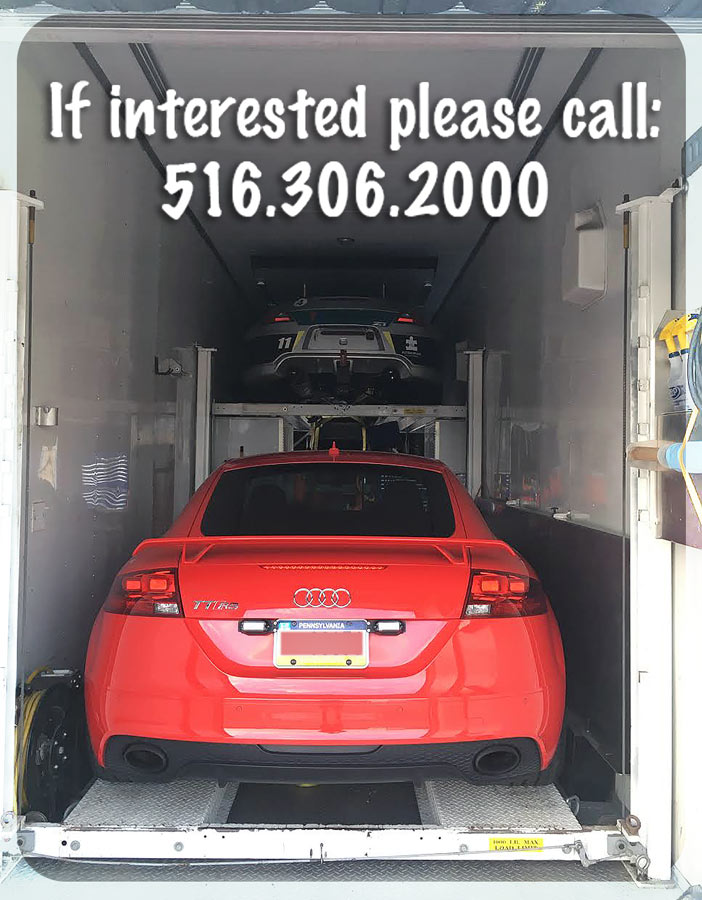 RTI Racing is the culmination of a life long desire to develop a racing team from infancy to competing in a nationally televised, professional series.

RTI stands for “Road To Indy”